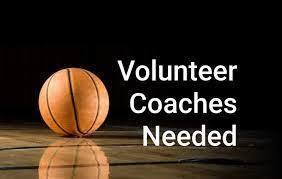 3rd-5th Basketball Season and Call for Students and Coaches

PDF link to print, sign and return to the school: https://5il.co/1jt53

A few member schools of the Old Oregon League have decided that, rather than wait until later
in the winter, they would prefer to have Youth Boys Basketball run concurrently with the Junior
High Boys Basketball season. The Junior High boys’ season runs from October 24th until
December 10th . Elementary basketball practices would be held two to three times per week in
the elementary gym, with the times TBD. Games would be at those same times during the
week, with the possibility of a few Saturday’s mixed in. The scheduling is NOT being done by
the high school athletic departments. The only thing the schools are doing is providing a facility
to practice and play in. Scheduling will be done between the coaches of each team. At this time
we will also need volunteer coaches, who are willing to provide their time to help facilitate the
season. They will have more concrete practice and game schedules as the season gets closer.
This letter is being sent home for two reasons. One, to let parents know of a possible season,
and two, to garner interest from students. I know that this is short notice, but we were only
recently made aware of this change to the season. We are also aware of the upcoming youth
wrestling season and know that there are quite a few boys who would be participating in
wrestling at this time.

If we have enough students who are interested in playing in a 3rd - 5th grade boys’ basketball
season, we would tentatively begin practice on November 1st . If we were unable to find enough
interested students/coaches, we would opt out of this season and do something similar to what
we did last January.

Again, this is all new information and I apologize for the short notice. If this is something that
interests your child, please sign this sheet and return to their elementary teacher by October
31st .

Thanks for your time. Go Huskies!